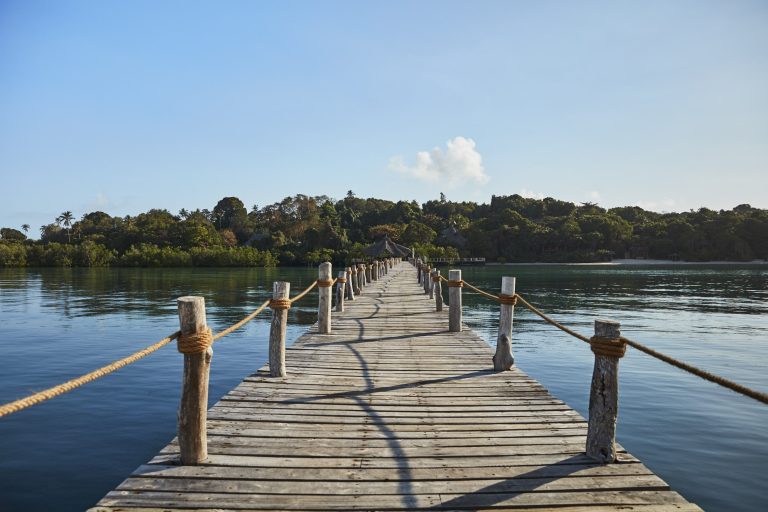 “That first visit was life-changing. Zanzibar hit me on a deep emotional level. I was knocked out by the place and people. The timing was perfect – I was searching for something… This was where I wanted to be.” – Ellis Flyte, Director

Back in the mid-nineties, Brian Henson and then wife, Ellis Flyte needed a break from their busy schedules. Ellis was an award-winning fashion and costume designer whilst Brian from the Jim Henson Company was busy directing Muppet Treasure Island. Ellis have always had a love for African art, and this prompted Brain to arrange a Tanzanian safari holiday following with a couple of days in Zanzibar. Zanzibar’s tourist industry was still in its early years. Ellis fell in love with Zanzibar during her first visit to the islands, followed by numerous other visits in the next couple of years.

Ellis decided to take a sabbatical in 1997 which offered her more time to visit Zanzibar. The island became Ellis’ inspiration and passion. “As a designer I believe you can move into different areas. If you are visually aware, you are affected and inspired by everything around you.”

Brian and Ellis decided to separate but till this day, remain close friends.

“Those early days on far-off beaches were like a dream. I’ve always loved the sea, I could rest, re-find myself and try to figure out what I was going to do in Zanzibar.” “My initial thought was to build a holiday home as an escape from city life.” Ellis started doing research on the island but touring the east coast and viewing a lot of properties. Ellis returned to the UK and that is where she started to think clearly about her future. The idea of an island holiday home quickly changed to something much more significant.

“It quickly became clear to me that his could become something much more significant,” she said. “I wondered if a beach hotel that included a welfare project could help give the local people a chance for a better life.”

Ellis met up with her old-time friend, Marcus Lewis on the streets of Soho. She told him about her Zanzibar dream, to which Marcus showed a lot of interest. Marcus and his twin brother, Alex Lewis, was also in the market for a new dream. Marcus and Alex are from a building and decorative background which complemented Ellis’ vision and design ethos. The dream grew… but still, they needed a beach, and for this, another trip to Zanzibar was arranged.

Source: The Story of Fundu Lagoon – Realising the Dream